Norway has got its first domestic exchange for buying and selling bitcoin – MiraiEx. They have received permission from Finanstilsynet to exchange, store and handle virtual currency on behalf of their customers.

MiraiEx has now launched a campaign that gives new users 0.001 Bitcoin in bonus when they open an account and verify themselves. There are no hidden requirements or conditions for receiving the welcome bonus. However, it is only paid out once to new customers. Here you will also find a guide to buying bitcoin from Norway, which tells more about what other alternatives there are.

What you should know about the company

MiraiEx is registered with Finanstilsynet as a service provider for exchanging and storing virtual currency.
Uses BankID as a verification method for new users.
Allows you to buy bitcoin and litecoin.
Offers a modern trading platform where you can trade BTC easily.

The verification itself takes about 10 minutes to complete. The bonus will then be paid into your account and appear in the balance sheet. If you want to buy bitcoin beyond this, you will have to transfer money from your Norwegian bank account.

It is possible to get the account credited the same day if you choose immediate payment in your online bank. Banks, on the other hand, charge a fee for this service.

If you choose regular transfer, the money will be ready the next day, so you can convert it to bitcoins.

Note: At the moment, MiraiEx does not allow you to trade bitcoin by card payment. For more information on this, click here. Buy BTC with VISA or credit card – Privatøkonomi.net.

The Bitcoin price has fluctuated sharply in recent years. The peak was reached in December 2017, when 1 BTC was valued at almost 20,000 dollars, or the equivalent of around 185,000 kroner at today’s exchange rate.

At the moment, the cryptocurrency is trading at a price of NOK 86,200, after rising sharply in price over the past month. Many Norwegians have thrown themselves into the wave and it is estimated that today we own bitcoin for several billion kroner.

In 2017, digi.no was also able to report that Norway had its first bitcoin ATM in Oslo, called a “microbank”. There you can trade BTC directly using card payment.

Watch out for the following

The explosive interest in bitcoins has not been entirely without problems. Many Norwegians have invested large sums in bitcoins through foreign companies and ended up losing their money.

If you are going to buy bitcoins first, it is important that you take some precautions. Here is a list of some simple tips:

Avoid trading through foreign third party companies that claim to buy bitcoin on your behalf.
Transfer small amounts at a time and withdraw all cryptocurrency to your own private e-wallet.
Check if the stock exchange has permission from the financial authorities in the country where the company is located.

What you should know before you buy

When you place an order for bitcoin you will have 2 choices:

The first is called a market order, which means you buy at the first and best price offered per BTC. Then you risk paying a premium, compared to what you could get if you chose a limit order.

The latter means that you set a price in advance (what you are most willing to pay per BTC).

You will often see that there is a relatively high difference between the best buy and sell offer. To get maximum value for money, you can place a limit order that is a little above the best purchase offer and see if the order is filled.

Be aware that there are probably robots that trade BTC on behalf of traders with API. It is called arbitrage where a player buys and sells almost instantaneously to take advantage of price differences between the exchanges that offer bitcoin.

For you as a customer, it can be a little frustrating, because someone always jumps in front of you in the queue with a bid that is microscopically higher. However, this will vary and does not apply to all stock exchanges.

If someone jumps in front of you, take the time to help and wait for the order to be filled. As a rule, you can save up to 2% by placing a limit order rather than buying at market price.

Most bitcoin exchanges we additionally charge better in fees when you buy at spot price.

Norway has lacked a trading platform

Until now, it has not been possible to trade bitcoin directly on a Norwegian stock exchange. The reason is that Norwegian banks have refused to process transactions related to virtual currency.

For this reason, Norwegians have had to look abroad – where a large proportion of the traffic has gone to sites such as Coinbase and Bitstamp. With the launch of MiraiEx, Norwegians have finally got an all-Norwegian crypto exchange where you can deposit money directly from your own bank account.

It has certain benefits for those of us who want to invest in bitcoins. The first is that you do not have to pay an exchange fee, for example between USD and NOK when transferring money to a crypto exchange in the USA.

The verification with bankID also means that you do not have to send copies of passports and driving licenses to foreign companies, which can quickly get lost. It is also no disadvantage for Norwegian business and industry that such companies are now entering the domestic market. 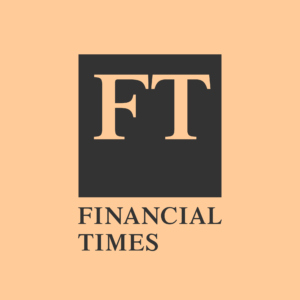